10 Fascinating Facts About Pregnancy. We may not think about it a lot, but it’s almost magical that we can give birth to a whole new person all on our own. (Or, at least half of us can.)

Pregnancy is a marvel of evolution and a pretty handy way to continue the survival of our species without having to rely on external factors. Imagine, say, having to depend on a bee to take your DNA to another person just so you could reproduce.

Despite being such an integral part of human life, though, there are still many interesting and lesser-known facts about pregnancy that come as a surprise to many.

Here, we count down ten of the best of them so you don’t have to.

1. Babies Practice Emotions In The Womb

Thanks to evolution, our faces are incredibly good at expressing a wide variety of emotions through expressions. Facial features like the eyebrows, eyes, lips, and nose are capable of lending nuance to even the simplest of emotions, something we don’t think of in our day-to-day lives. Most of us may think that we learn how to control them a bit later in life, though according to one research, it all starts in the womb.

A study done by researchers from Durham showed that unborn babies are capable of making a lot of facial expressions in the womb, from the simple laughing and crying to the more complex nose wrinkling. It may be because they’re actually feeling those emotions. But researchers believe that it’s actually the brain’s inbuilt mechanism to learn how to express various emotions once they’re born.

2. The Baby Strengthens The Mother

A woman’s role as a mother starts long before the actual birth. Over a period of around nine months, her body makes sure that the baby has all the nutrients and immunity it requires before coming into the world, and everything that happens to it in the womb has longstanding effects on the baby’s subsequent life.

Their relationship isn’t exactly one-sided, though, as the baby also helps the mother in a variety of ways. For one, it activates the previously dormant parts of the body (like the mammary glands). More importantly, the baby also occasionally sends stem cells to repair damaged tissues and injuries for the mother, something that was suspected but not proven until recently.

Some research suggests that the fetal cells that get into the mother’s bloodstream may remain there for the rest of the mother’s life.

Listen to old wives’ tales or just search through the Internet. And you’ll find a lot of advice on how to manually induce labor in the last stages of a pregnancy. It may range from the intuitive “just have sex” to the absurd “eat a lemon,” depending on the veracity of the source you’re looking up.

As of now, though, there are very few scientifically proven ways to induce labor that we know of. One of them is stimulating the nipples. Much like most of this list, we’re not quite sure why it happens, as larger-scale studies are required to effectively understand the mechanisms behind it.

A 2018 study by researchers in Japan found that late-stage pregnant women who stimulated their nipples for a total of one hour per day for three days had higher levels of oxytocin in their saliva. A bit over a third of them gave birth within 72 hours of the study.

As many women who’ve been pregnant can tell you, it comes with its share of memory issues. Pregnant women are known to regularly forget where they’re going and just generally space out while doing everyday things. What gives?

According to science, there’s a perfectly legitimate reason for it. Studies suggest that the hormones released during pregnancy may cause the brain to change in ways we don’t understand. And one of the effects is memory problems. While they can’t tell exactly which hormones are responsible for it—or why it happens at all—pregnant women have been found to be much worse at spatial memory tests than others.

They also had higher anxiety levels and lower mood. To be clear, memory issues don’t affect all pregnant women. But the effects are especially pronounced among women who do experience them.

5. Orgasms During Childbirth As Painkillers

The female orgasm is one of the most mysterious parts of human sexuality. And we still have little idea about why it exists at all. It’s not always related to sex, either, as women have been known to orgasm from seemingly mundane things such as exercise, further deepening the mystery.

What most of us don’t know, though, is that some women experience an orgasm during childbirth, which may as well be the last place you’d expect it to happen. We still don’t quite get why it occurs though instead of brooding on the mystery. Some women in recent times have chosen to employ orgasms to dull the pain of childbirth.

You might think that the greatest number of pregnancies a woman can have at any given time is one, as that’s what science has told us. People certainly don’t continue to take contraceptives when they’re expecting as they don’t expect another pregnancy to take place when one is already going on.

While that’s still largely true, there have been rare cases in which women got pregnant when they were already pregnant. You see, when a woman gets pregnant, her body is supposed to switch off ovulation to provide the unborn baby with all the resources it can get. A plug of mucus in the cervix should also prevent more sperm from getting into the uterus. The thickened lining of which should be difficult for another fertilized egg to attach to.

In rare cases, though, those mechanisms don’t work for one reason or another, resulting in double pregnancy. Why exactly it happens is still a mystery. And more research is required to determine whether it’s due to some medical abnormality. Or just the female body feeling like doing something adventurous once in a while.

The chances of giving birth to twins (or greater numbers of babies) are fairly slim. We currently have no way to directly control how many kids we have in one birth. If we did, many people would still choose to have only one, as every additional kid translates to added cost and responsibility (even if we’re sure parents of twins love them both equally).

As it turns out, though, there is at least one proven factor that could influence whether you have twins or not: being tall—at least for women. According to one study, taller women have a higher chance of conceiving twins. On that note, another study suggests that women who consume dairy products are five times more likely to have twins.

Pregnancy is often thought of as a strictly female endeavor, even if men are involved in making it happen to a great extent. Once the baby is conceived, though, men have little biological role to play in the whole thing, unless you count providing emotional support to their partners.

According to some research, though, men may experience physical symptoms when their partner is pregnant, a condition known as sympathetic pregnancy. They could develop symptoms like nausea, abdominal pain, cramps, toothaches, and backaches during their partner’s pregnancy. Even if doctors and researchers have noticed this phenomenon for quite some time now, science doesn’t quite understand it.

While it’s not a medically recognized medical condition at the moment, research into why it happens at all is still going on.

As we all know, the average amount of time women remain pregnant falls somewhere in the vicinity of nine months. It’s not a precise number, and childbirth may be premature or delayed depending on specific circumstances, though the deviation is rarely more than one month, give or take.

A woman in China called Wang Shi was having none of that and decided to challenge nature itself by staying pregnant for 17 months (or so it was claimed by the People’s Daily). While pregnant, she was diagnosed with a condition called placenta previa, in which the placenta remains underdeveloped for an abnormal amount of time, delaying the delivery date.

There have been other cases of the condition in the past. But none of them got stretched out to as long as 17 months. Surprisingly (and fortunately), the baby, born in August 2016, was healthy, with no underlying conditions due to the delay in birth.

We generally assume that the maximum and minimum number of people required for a pregnancy is two. Even if modern medical technology has made it possible to get your eggs fertilized by a sperm donor, we still need at least two people to make it happen and no more.

Some recent scientific trials, however, are out to challenge that assumption by using three people to make a baby, rather than the traditional two. While we’ve known that it’s theoretically possible for quite some time now, it was more in the realm of science fiction until the 2010s. 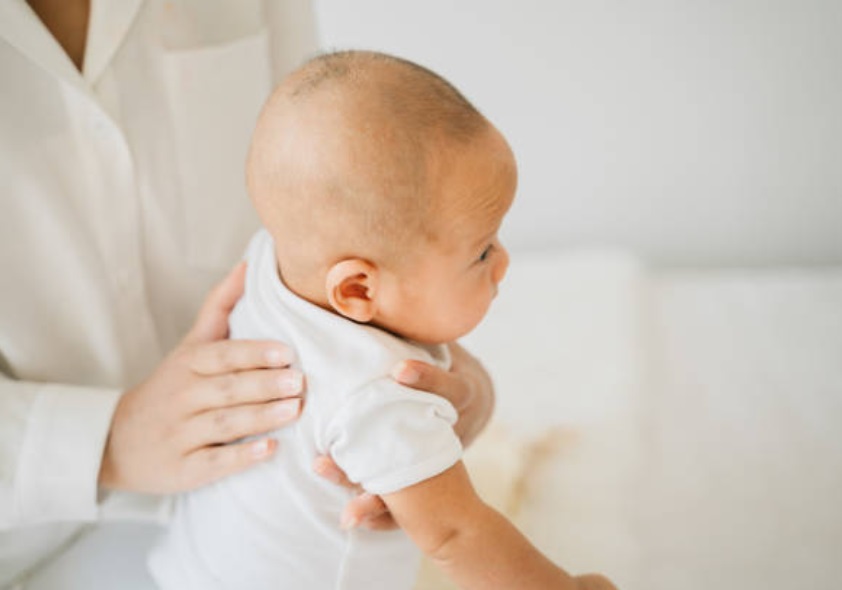 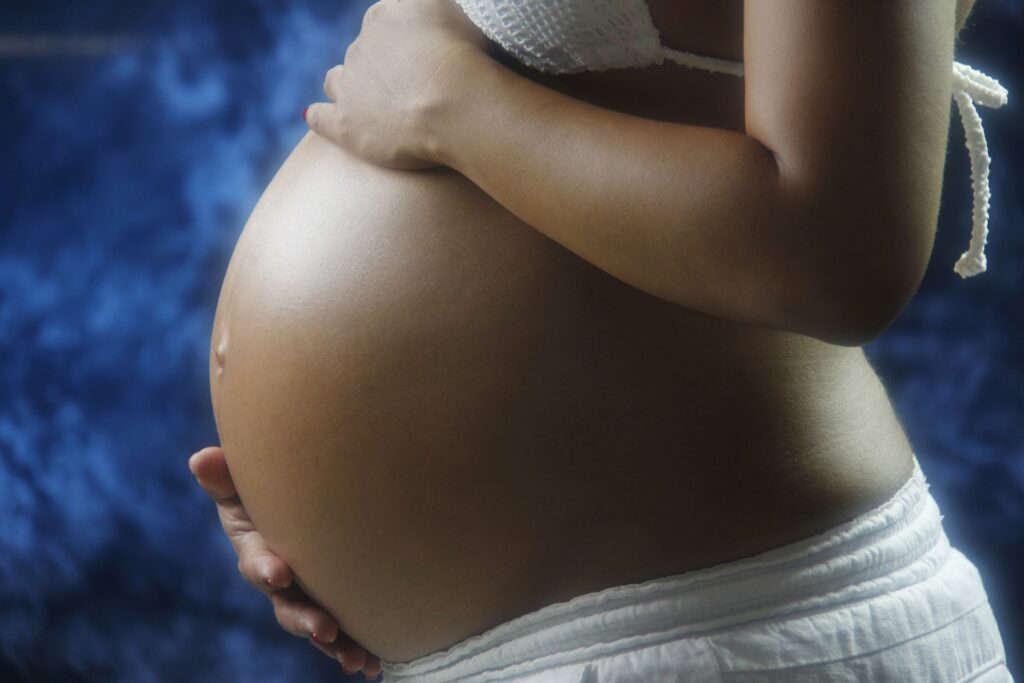