8 Common Errors in English and how to Avoid Them. English may be easy enough to get started and communicate the basics, sure, so is every language under the sun. But it can take many long years for your ears and mouth to learn all the wacky expressions and phrases, all the myriads of ways of using the language.

The simple application of basic grammar and spelling is becoming more exceptional. Here we’ve expounded the most 8 common errors in English and how to avoid them

The road to achieving excellent flawless writing skills is long and arduous, but you can learn to follow the fundamental basic of English in your daily use of it.

Here are the 8 common errors in English

“It’s” is the abbreviated form of “it is” or “it has”, while “its” is the possessive adjective.

Here are some examples:

There=an adverb, in or at that place. There is only one lemon left. There should be an easier way to do this. I hope you don’t go there.

Their=a possessive pronoun. Their mansion is beautiful — Their olive trees make me dream of Italy — Their baby cries a lot.

They’re=contraction of they are. They’re simply stunning. They’re going to perform for us. Don’t act as if they’re here already!

lose = a verb, to come to be without something; to suffer the loss of something.I do not wish to lose more weight. I was about to lose my ear ring. She cannot stand the thought of losing him.

loose = an adjective, free or released from attachment; not bound together; not strict. My belt is very loose around my waist. She likes to wear her hair loose and free.That is a loose interpretation of our document.

Easy reminder= Lose has come to be without its extra “o”!!!

Effect=noun, produced by a cause; a result. The effect of your leadership is visible here. The rules are in effect as of today. What if the change has no effect?

Affect=verb, to act on; to produce a chance. She affected all of us with her speech.The cold weather affected my plants last night.I let the movie affect me deeply.

But “Between you and me, the new boss doesn’t have enough experience.”
In this situation, “you and me” follows the preposition “between”. After prepositions we need the object, and the object form of “I” is “me”.

Correct: I went to the store. I should have gone to the open market instead.
Incorrect: I should’ve went somewhere!

“Should of”, “Would of” and “Could of” are always incorrect. The correct form is “should have”, “would have” and “could have”.

Example:
“You should have left sooner.”
“I would have told you if I’d known.”
“He could have been a tennis champion.”

These tips are especially useful if you need to write emails or short messages for work, or if you’re preparing for an English exam such as the PET (Cambridge) exam.

Write in short, clear sentences. Limit your sentences to one idea per sentence, and avoid writing any more than 15-20 words in each sentence. Avoid passive forms.

2. Use a simple word order

The “SVOMPT” word order makes it easy for you to structure grammatically-correct sentences.

Some examples of how this works:

I like playing tennis in the evening.
He drives his sports car fast to work.

Linking words helps your reader follow your ideas and to see the relationship between them.

Ask yourself if a noun is singular, plural (or uncountable) and then make sure your verb endings are accurate.

For example:
The two girls were playing in the park.
The boy was reading his book.
The money was lying on the table.

For example:
He loves his mother.
She respects her father.

Maria spends time with her friends. (as opposed to my friends or your friends.) 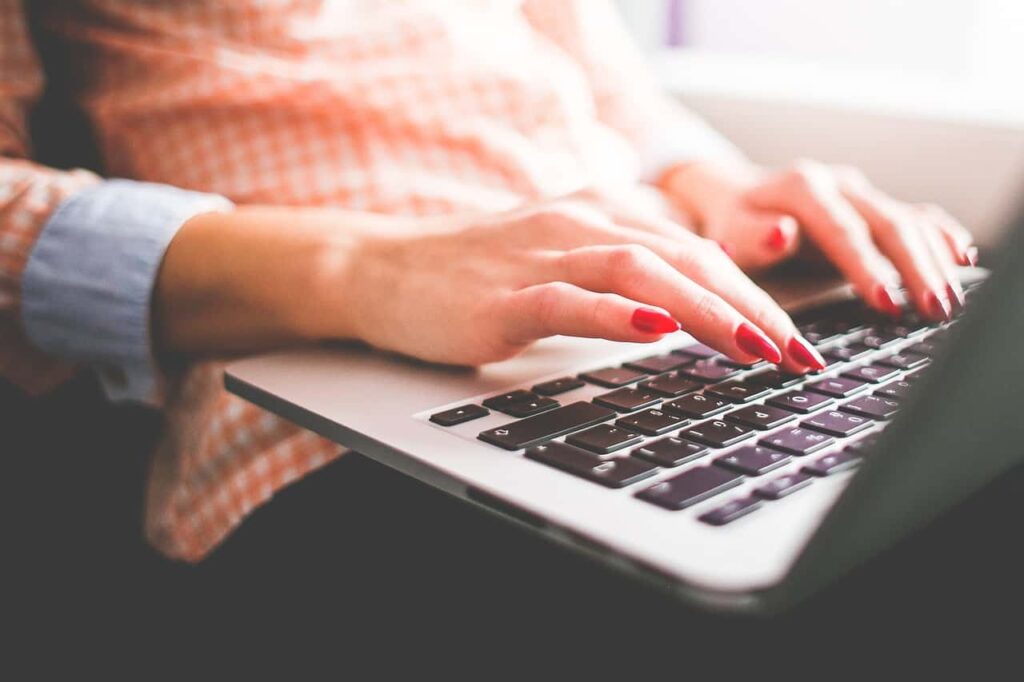