Lack of affection in relationship ! While the impulse to jump each other’s bones tends to fade as you get further into a long-term relationship, that doesn’t mean you should stop showing one another affection.

A hug, a quick kiss, or even holding your partner’s hand can go a long way towards making them feel valued, appreciated, and loved. When there’s no effort to show your S.O. you care, it can have a seriously detrimental effect on your relationship.

1. You begin to transform from lovers to friends

However, without dedicating the nurturing and care your romantic relationship needs to survive, you’ll begin to transition to a more platonic connection.

2. You struggle to express your emotions

If your relationship has never had much affection since the beginning, there could be an understandable reason why. Some people struggle with expressing their emotions and struggle to give affection due to past trauma or lack of affection during their childhood.

The best thing you can do to make a change in your relationship is to communicate with your partner. Express how not having affection makes you feel and how you want to work on things together.

3. There’s tension in the relationship

When there is conflict and unresolved issues in your relationship, tension can arise. And when there’s lack of affection, that can make other, smaller issues seem much bigger and insurmountable. It can lead to a massive confrontation if those issues aren’t confronted and dealt with sooner rather than later.

Affection creates a connection between couples, and without it, you grow distant.

4. You or your partner can begin to feel insecure

When one person in a relationship holds back from being affectionate, it’s easy to start to get paranoid. Have they fallen out of love? Do they no longer find you attractive? Are they cheating on you?

The reason for no affection in your relationship is rarely something to do with any of those things, but when you’re feeling insecure, it’s hard to see that. After all, if someone is in love and loyal to their relationship, surely they’d want to be affectionate, right?

5. You and your partner could start to resent each other

Sometimes when a relationship is lacking affection and intimacy, couples begin to question what the point is of even being together. It’s common for someone in a relationship to feel like they’re putting in more effort and their partner isn’t even trying.

After a long period of time of feeling this way, it’s only natural that resentment starts to creep in. Eventually, you’ll break up and go your separate ways because of it.

6. You start to look for joy in other places

Looking for joy in other places could lead to cheating, gambling, or anything that provides a quick emotional high. Lack of intimacy can make your partner feel frustrated, and it may increase your partner’s sex drive.

If there are issues in the relationship as well as the lack of intimacy, your partner might seek a thrill elsewhere. It doesn’t mean they’ll cheat, but they might use their frustrations as an excuse to seek something that will give them a little bit of joy. 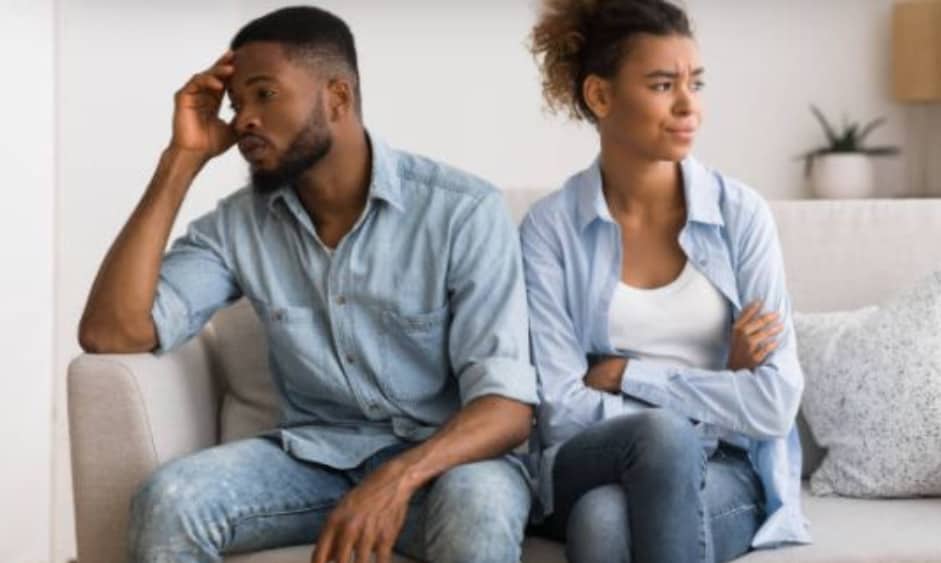