If you love modeling and have the looks to go along with that passion, breaking into the fashion industry may be for you. Being a model is about more than just beauty, they are wise, inspiring, and funny as well. Take it from these supermodels below.

Check out what some of the world’s most successful models have to tell about it.

“I believe modeling is a combination of natural talent, the ability to adapt to different situations, hard work, and, most importantly, luck.”
— Anja Rubik, a Polish model and businesswoman. She lives and works in New York.

“A rose can never be a sunflower, and a sunflower can never be a rose. All flowers are beautiful in their own way, and that’s like women too. I want to encourage women to embrace their own uniqueness.”
— Miranda Kerr, an Australian model who rose to fame as a Victoria’s Secret Angel.

“Eat clean to stay fit; have a burger to stay sane.”
— Gigi Hadid on admitting fast food is part of her secret to a happy life.

“One thing modeling taught me is that the spotlight can change everything.”
— Liya Kebede, an Ethiopian-born model, maternal health advocate, clothing designer, and actress.

“I don’t have any problem posing naked. For me, it is only work.”
— Baptiste Giabiconi, French male model and the male face of Chanel, Fendi, and Karl Lagerfeld.

“No matter how many shows I’ve done, as soon as they say it’s time to start, I get that nervous sensation and feel like I have to pee. So that’s where my mind is. That and making it to the end of the runway and back as fast as I can.”
— Gisele Bündchen, who is among the highest-paid models in the world.

“Take care of yourself, be healthy, and always believe you can be successful in anything you truly want.”
— Alessandra Ambrosio, a Brazilian model and actress known for her work with Victoria’s Secret.

“I’m proud and humble to read that I inspire people because I have a scar and I work in the fashion industry. I want to help and let people know that beauty can be many things, and there is beauty in imperfection.”
— Tobias Sorenson, a Danish model known for his ad campaigns for Zara, Diesel, D&G, and Antony Morato.

“The secret to modeling is not being perfect. What one needs is a face that people can identify in a second. You have to be given what’s needed by nature, and what’s needed is to bring something new.”
— Karl Lagerfeld, a German creative director, fashion designer, artist, photographer, and caricaturist who lived in Paris.

“If you believe in yourself and feel confident in yourself, you can do anything. I really believe that.”
— Karlie Kloss telling Seventeen magazines her advice to teens trying to break into the fashion industry.

“It’s a new challenge to see how people can change your look. I like words like transformation, reinvention, and chameleon. Because one word I don’t like is predictable.”
— Naomi Campbell, who has dominated runways for two decades in addition to enjoying starring roles on the small and big screens and producing a fashion reality show.

“When it comes to taking a picture, you have to connect for that frame. You have to connect to the photographer, with the stylist, and the hair and makeup you’re doing, but also to the reader and whoever views the image. And you have to maintain that connection you have to be within that moment.”
— Sean O’Pry, who was ranked as the world’s most successful male model by Forbes in 2009.

“I always say, even I don’t wake up looking like Cindy Crawford.”
— Cindy Crawford told Redbook in 2009 about the difference between her real life and her modeling life.

“It was only once I was in front of the camera that I would cross the line and become sexy.”
— Claudia Schiffer, whose Guess ads launched her career in the 1990s but admitted that while she wasn’t shy on a photo shoot, she was very shy in everyday life.

“It’s something that I realized women do constantly and don’t even know that they’re doing it: They say these negative things about themselves that they would never say to someone else. I have friends who do it in front of their daughters, which is very detrimental because your daughter inherits your DNA and might look like you or be bigger than you. When she hears her mom say all these negative things about herself, in turn it may make her think she’s saying them about her. This issue is one of those things that I really stand for.”
— Tyra Banks, on banning “fat talk” in the fashion industry.

“In this job an illusion of beauty is sold which doesn’t really exist like that. It’s like a work of art, an act. I cry in front of the camera, but am not really sad. I’ve just come from a job, am made-up and made to look beautiful with fantastic clothes and hair and nails all done.”
— Heidi Klum, a German model who spent 13 years with Victoria’s Secret as a lingerie model.

“What I love the most about modeling is that it opens you a lot of different doors of opportunities and takes you to many different places, which then put you in touch with various people and cultures.”
— Karolina Kurkova, a Czech-American model and actress, best known as a former Victoria’s Secret Angel and Vogue cover star.

“I felt like there was — in fashion, there’s a lack of strong male images. And there’s a huge lack of strong African American images. I noticed over the past thirteen years, Ralph and those guys have used guys that looked similar to me. And I was happy for those guys, but eventually I said, “Enough is enough, I’m just going to go in and take my job back.”
— Tyson Beckford on his inspiration to return to Ralph Lauren.

“I don’t get out of bed for less than $10,000 a day.”
— Linda Evangelista, a Canadian model regarded as one of the world’s most influential models of all time.

“I think modeling is interesting, it’s obviously nice to take on a character and go through the process. I’m very lucky that I’ve been able to do that, but I think the challenges that come with the responsibility of art directing something is something that appeals to me. I’ve done it before in collaboration with other people, but it’s the first time someone’s literally handed it over and been like, “What do you want?” It was really fun to kind of dream up a concept and then execute it with all my friends.”
— Alexa Chung, a British writer, television presenter, model, and fashion designer.

“Every magazine cover you see of Halle Berry, Sarah Jessica Parker, Julia Roberts is completely airbrushed. It’s all completely digitally enhanced. … We have been giving young boys and girls a sense of falseness.”
— Janice Dickinson, who has described herself as the world’s first supermodel and began her career at age 14.

“My sister Quimby told me I looked like the guys in the magazines, so I walked into an agency in Vancouver, and I guess was like, ‘Can I model?’”
— Noah Mills, one of the most successful male models known for his work with Dolce & Gabbana and Tommy Hilfiger on how he was discovered.

If you are ambitious, you can have a moment of glory but it will most likely be temporary. But talent always finds its way out.
— Natalia Vodianova, one of the world’s most successful fashion models and founder of the Naked Heart Foundation to support children centers in Russia.

“I’m like, ‘Don’t have such a blank stare on your face.’ I’ve got resting bitch face so I’m trying to think about happy thoughts now when I model. I’m trying not to look like I’m about to murder someone.”
— Bella Hadid, who was named Model of the Year by GQ in 2016.

“I know my curves are sexy, and I want everyone else to know that theirs are too. There is no reason to hide and every reason to flaunt.”
— Ashley Graham (born October 30, 1987) is an American and television presenter.

“I always talk with models and they always tell me how awful it was growing up being tall and skinny. Then when you’re older, you’re really glad. I think it’s nice to have been through a terrible time and then all of a sudden be so lucky because then you appreciate it.”
— Jerry Hall, an American actress and model.

“I was very skinny, braces; so I never thought I would be a model.”
— Candice Swanepoel, a South African supermodel best known for her work with Victoria’s Secret.

“A lot of people tend to think that male models are uneducated and they thrive off their looks alone, but most of the successful male models I have worked with over the years are very smart and well-rounded.”
— Brad Kroenig, veteran Chanel model.

“Being Danish, you become very self-ironic and you have a certain confidence in yourself that doesn’t allow for other people to put pressure on you. That was probably a very important quality to come into the business with. No one was messing with me, that’s for sure.”
— Helena Christensen on how her background protected her from size zero expectations in the industry.

“Each person must live their life as a model for others.”
— Rosa Parks, an American activist in the civil rights movement best known for her pivotal role in the Montgomery bus boycott.

“I have my own clothing range, I have four charities, I powerboat race, I race cars. I have my racing license. I write for Vogue and GQ. I review cars for Vanity Fair. I don’t really model that much anymore because I have all these other things. But the fashion industry has given me all the avenues to be able to do everything that I’ve really, really wanted to do.”
— David Gandy, who rose to fame with his Dolce & Gabbana ads.

“Modeling is the best because you have to look hot, which comes easy to me, you know. I’m blessed with that.”
— Ashton Kutcher, an American actor, model, producer, entrepreneur, and venture capitalist.

“There’s this whole idea of perfection. What younger girls don’t realize is that these girls do have problems. It’s good for people to realize everyone is human.”
— Georgia May Jagger, daughter of Mick Jagger and Jerry Hall, known for her work with Chanel, H&M, and Versace.

“When you’re modeling, you’re actually acting for the camera and the photographer. It’s more fun too because there are no lines to memorize.”
— Cindy Margolis, an American glamour spokes model and actress. 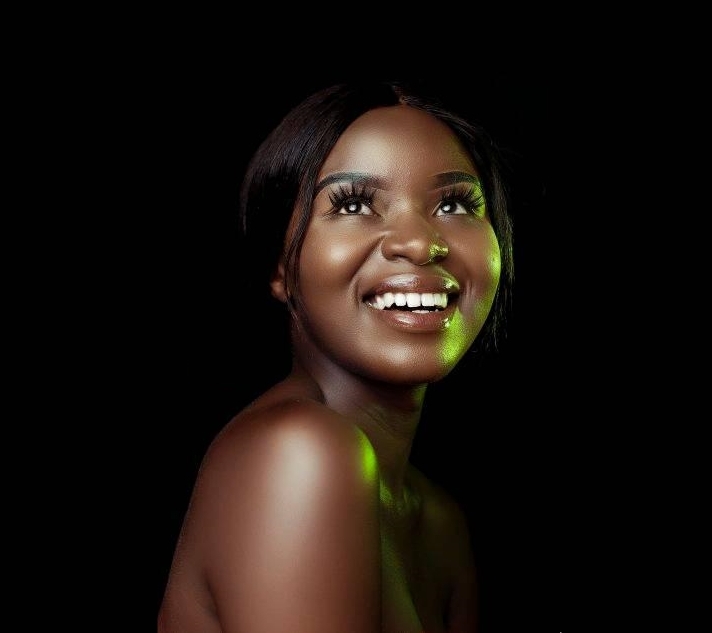 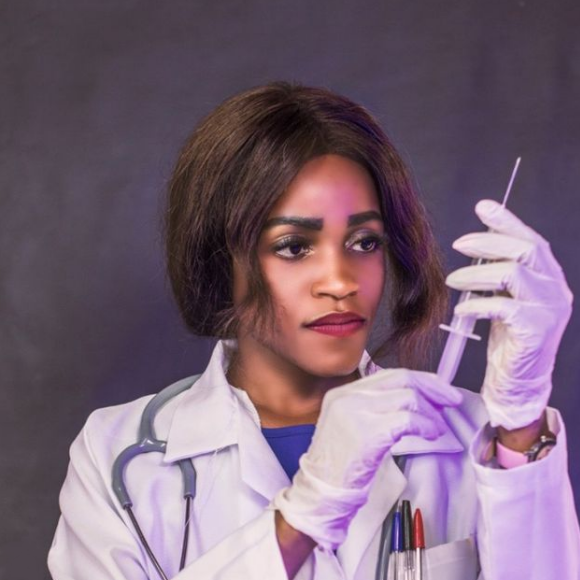 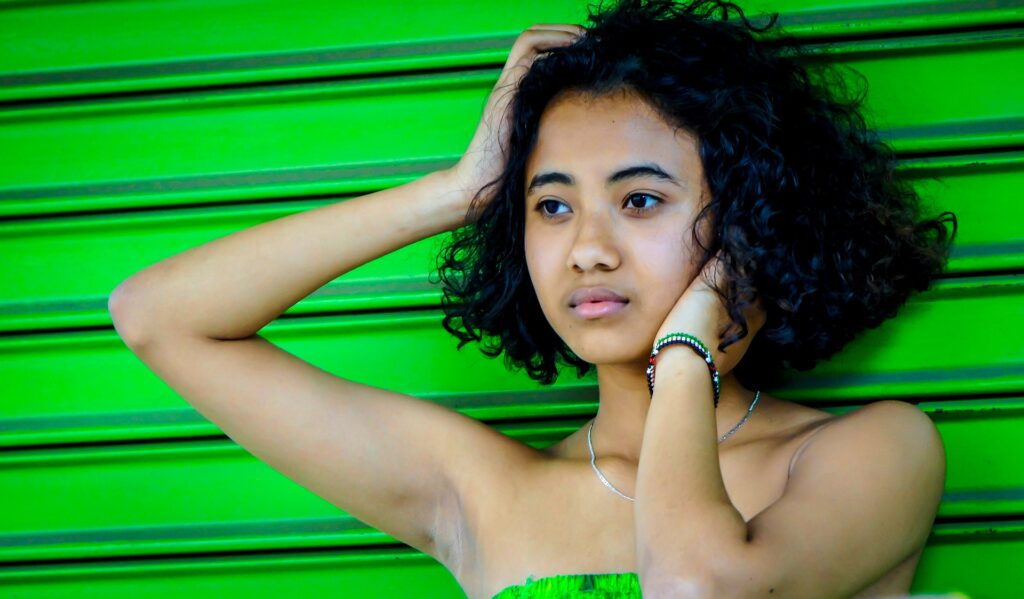